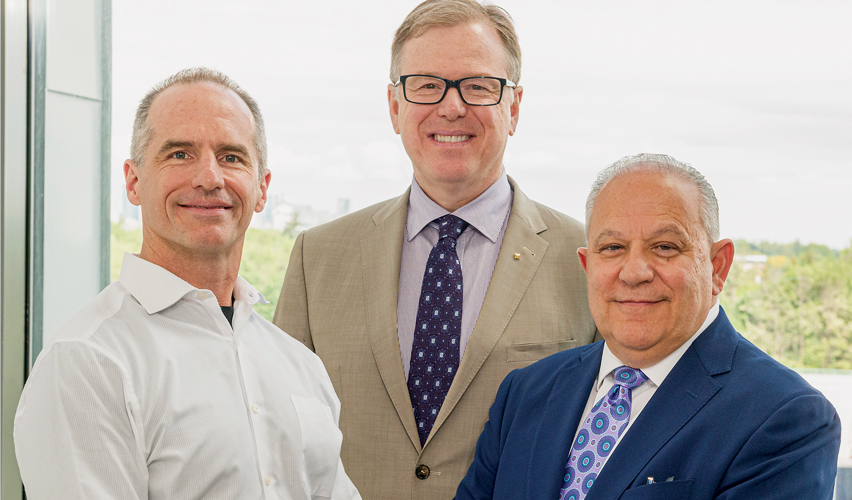 TORONTO – Sunnybrook Health Sciences aims to shake up the Health Information Systems (HIS) market through a new partnership with Evident, a unit of Computer Programs and Systems Inc. (CPSI) of Mobile, Ala. Sunnybrook will be joining its clinical workflow system – called SunnyCare – with Evident’s Thrive platform, including a constellation of solutions for lab, pharmacy, imaging and more.

Together, they are creating an “easier-to-use” and cost effective HIS that will be marketed to hospitals throughout Canada, as well as in the United States.

“Together, we’re producing something that is disruptive,” said Sam Marafioti, vice president of corporate strategy and CIO at Sunnybrook. “Disruptive in a good way.”

He explained that one of the biggest problems faced by clinicians today is that electronic solutions are difficult to use and often create more work for doctors, when they’re supposed to reduce their workload. Recent articles in U.S. publications have lamented that physicians are often working into the night to complete patient reports and documentation.

By contrast, Sunnybrook has spent the past four years refining its SunnyCare front-end, which was designed by clinicians for clinicians to smooth their workflow and reduce the time spent on documentation.

One of the major advantages of the SunnyCare solution is its use of speech technology. Instead of typing notes into the computer at the end of the day, clinicians can dictate while seeing patients, or shortly afterwards, and the voice-notes are converted into text-notes in the SunnyCare patient record.

“We want an HIS that improves clinician efficiency and supports effective, safe care,” said Dr. Edward Etchells, medical director of information services at Sunnybrook. “Our clinicians are telling us that SunnyCare is the best, easiest to use HIS they have worked with. One clinician last week told me that her working life has been enhanced by SunnyCare.”

Speaking at the Internet of Things for Healthcare conference, held in Toronto in June, Sunnybrook president and CEO Dr. Andy Smith said the hospital’s SunnyCare system promotes wellness for physicians, when many other EHR systems are causing burnout and fatigue.

Marafioti said the speech technology used in SunnyCare has smart features that have rapidly improved in recent years, due to the rise of intelligent algorithms and the spectacular increases in computing power.

“Speech is the future,” he said. “We’re not experiencing death by a thousand clicks, we’re moving to no clicks.”

Speech technology is enabling Sunnybrook’s clinicians to spend more time with patients, instead of typing. “It’s this kind of innovative and clinician centered workflow that made SunnyCare a perfect fit for us,” said Boyd Douglas, president and CEO of Evident. “We are committed to continue to find ways to reduce the burden of documentation for clinicians. It’s better care for patients”.

The front-end also looks and acts like standard, web-based systems, so it’s easy to learn how to use, said Marafioti. “It’s intuitive. We haven’t needed to invest in training, the users catch-on quickly and train themselves. We’ve really tried to use consumer technologies as the model, so that people are already familiar with the solution.”

The system also allows clinicians to configure their own views, so they see information the way they like.

On the cost front, the Thrive HIS enjoys another advantage: it’s much less expensive than the systems being offered by competitors.

“The Thrive system from Evident is significantly cheaper than the cost of the competitors,” Marafioti said.

For its part, Evident has more than 900 customers in the United States using the Thrive electronic health records system. The company has been in business for 40 years and has been largely serving small to mid-sized community hospitals.

However, it wanted to expand on two fronts – internationally, and into the market for larger, academic hospitals. To do it, it is partnering with Sunnybrook, which is giving Evident a foothold in the Canadian marketplace and a new strategic advantage, with the front-end SunnyCare system that makes their HIS significantly easier to use by clinicians.

In partnership with Sunnybrook, it is launching an Innovation Centre on the Sunnybrook campus.

The centre will initially employ 35-40 persons – made up of engineers, programmers and clinicians from both organizations – to integrate SunnyCare with Thrive and continue developing the system.

Marafioti noted that as Canadian centres acquire the new Thrive solution, they will benefit from the Innovation Centre.

“They will be able to put people on the advisory council, and can help determine what is developed in future,” he said.

He noted the development centre will be working to extend the solution to embrace virtual care. “This is a major issue,” said Marafioti. “We can use technology to manage patients in the community, so they don’t have to come into the hospital.”

He said that artificial intelligence will be top-of-mind for the developers, as automated systems can easily monitor remote patients and reduce the need for human resources. “We’ll have to be in the AI business,” said Marafioti.

He observed that many Canadian hospitals are currently in a position of renewing their hospital information systems. Evident will be offering the new Thrive system, with its made-in-Canada SunnyCare front-end, as an option.

For Ontario hospitals, the Sunnybrook-Evident partnership offers another benefit. Sunnybrook is already deeply involved in one of the proposed Ontario Health Teams, and is working with regional partners to create a network of care providers that is electronically connected. Marafioti said this expertise can be transferred to other teams.

“It’s another way that we can help solve problems for hospitals,” said Marafioti.

They’re also aiming to improve the healthcare experience of patients, he said. Both Sunnybrook and Evident are leaders in the use of patient portals.

For its part, Sunnybrook created the MyChart portal (not to be confused with the Epic patient portal of the same name), and the Sunnybrook-devised system has been adopted by hospitals across Ontario. In April, it was also adopted by Fraser Health, in British Columbia.

Meanwhile, in May, Evident announced the acquisition of Get Real Health, a company based in Rockville, Md., that has implemented its leading-edge patient portal in Alberta and Saskatchewan.

Marafioti said Sunnybrook hopes to work closely with Get Real Health to further refine the solutions of both organizations and to extend patient portals into other parts of Canada.

“MyChart has been an academic project that turned out to be highly successful,” said Marafioti. “It has succeeded in empowering patients.”

Now, he said, Sunnybrook is eager to work with Evident and Get Real Health “to design the patient portal of the future.”