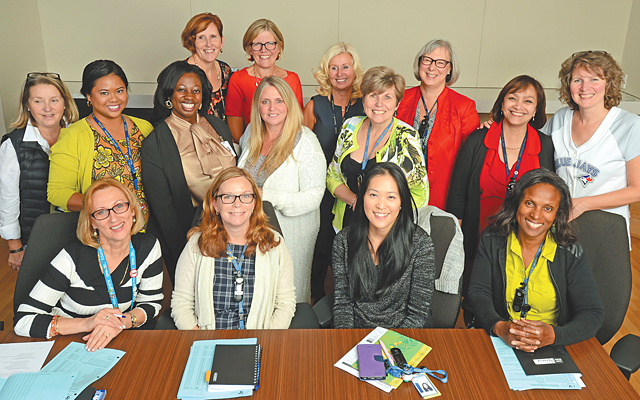 When Toronto East General Hospital started its automation journey in 1997, the HIMSS Analytics Electronic Medical Record Adoption Model (EMRAM) didn’t even exist. Now, 18 years since implementing its first “view-only” systems to provide clinicians with better access to information, the 515-bed community teaching hospital is being recognized as the fifth Canadian hospital to achieve Level 6 on the adoption scale.

Ironically, most of the systems required for Level 6 have been live at TEGH for several years, including computerized physician order entry (CPOE), physician documentation and electronic medication administration records (eMAR). What was missing was automated pharmacy workflow based on barcoded medications, a Level 5 requirement.

“We already had the eMAR. We had positive patient identification. We just didn’t have the medication barcoding,” said TEGH CIO Pegi Rappaport.

Though improvements are being made, Canadian pharmaceutical manufacturers do not use consistent barcodes, she explained. That means the only way to attain a closed loop medication process is to repackage medications once they arrive in the pharmacy.

Drawing on the experience of North York General Hospital, which rolled out its barcoding strategy in 2010, TEGH implemented a barcoding station and is currently in the process of formalizing the new workflow for pharmacy assistants and technicians. The process differs slightly between oral solids, oral liquids, IV injectable and bulk medications, and uses automated machines as well as manual processes.

Essentially, if a GS1 standard Global Trade Item Number (GTIN) for healthcare is available, no action is required. In the absence of a GTIN, a Cerner Item ID is printed and affixed. Unit doses are also dispensed, packaged and labelled as required.

The addition of medication barcodes closes the loop on medication administration at TEGH, creating a process that’s so efficient it’s not unusual for medications to arrive on the floor before nurses even begin to look for them. “The only way you can write orders on a paper chart is to physically find the chart,” said Rappaport. “Now physicians can go to the nearest computer, enter the order and it instantly goes where it needs to.”

The decision to aim for HIMSS Level 6 was a conscious one, and was made to provide the best patient care possible. “The components that take you to HIMSS Level 6 are absolutely critical for patient care … whether it’s about timely availability of information, being able to pass on information to family doctors, reducing errors or improving workflow,” she said.

Reflecting on TEGH’s achievements to date, Rappaport points to “many pieces of the puzzle” coming together. First, as a community teaching hospital, TEGH is grounded in a sense of teamwork.

Second, an Electronic Patient Record Committee made up of IT representatives, Risk and Privacy employees, clinical management, physicians and allied health administrators is in place to provide routine input and facilitate a grass roots approach to technology implementation that ensures user design requirements are met.

Third, the hospital has adopted a core vendor strategy, standardizing on hospital information systems from Cerner where it makes sense and integrating to other clinical systems as required. And finally, the hospital is leveraging the expertise of an in-house IT team, many of whom were there in the beginning to launch the process 18 years ago.

“We have a combination of clinical people on our IT team, as well as technical and business analysts,” said Rappaport. “We have different skill sets that we’re leveraging and feeding into that are all of the skills sets of the clinicians who are very engaged in our design process.”

A notable turning point as the hospital works towards its fully integrated healthcare delivery model was the implementation of CPOE and eMAR in 2009. Up until that point, the facility was “nibbling around the edges in terms of impact on core work processes,” said Rappaport.

Using funds available through an Ontario Ministry of Finance Strengthening Our Partnerships program intended to kick-start automation projects, TEGH took a “big bang” approach, going live with CPOE and eMAR across all areas and departments at once. Overnight, the relationship between IT and the clinical side of the house flipped.

“It was like drawing a line in the sand and it changed,” said Rappaport, noting that clinicians have almost no tolerance now for paper. “To some extent, it brought the organization together around what it takes to make a record electronic.”

Which is why TEGH skipped over HIMSS Level 5 requirements to focus on physician documentation. “Physicians who were still writing were getting feedback from other clinicians saying, ‘I can’t read your notes. You’ve got to get on board,’” she said.

Roughly half of physicians use Cerner PowerChart to enter notes while those who choose to dictate are supported, leading to an initial rise in costs related to transcription. Order sets increased from 150 to 500 and were developed in conjunction with Think Research Corp.

As a condition of its funding, the hospital is required to measure and report benefits derived from its technology implementations. Thanks to its Level 6 systems, medication incidents are down 30 percent, the number of documents sent to family physicians has increased 600 percent, and medication turnaround time has decreased by 60 percent. TEGH is also seeing a steady increase in patient satisfaction.

“HIMSS Level 6 is a huge achievement,” said Michael Billanti, director, Central Canada, at Cerner Corp. “Organizing adoption, and organizing the change in process control across the hospital to get there, is a Herculean effort. Technology is a big part of that, but ultimately it’s a function of the leadership and vision of the hospital.”