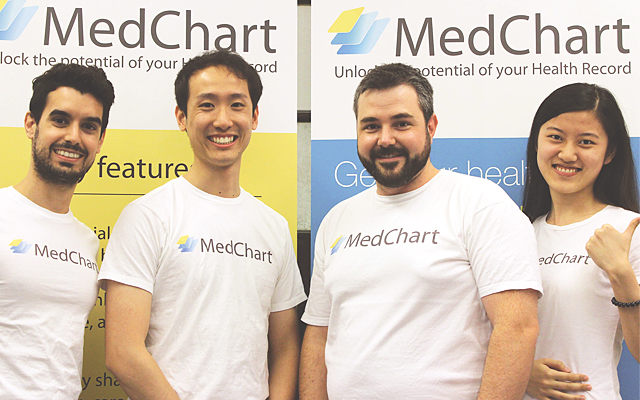 TORONTO – Hospitals, clinics and even provincial governments have all taken a stab at creating patient portals, but for most patients, their health charts remain scattered among various providers – including hospitals, GPs, specialists, labs and clinics.

“The records are all over the place,” says James Bateman, co-founder and CEO of MedChart, a company that will consolidate patient records and keep them in a secure, electronic repository.

The company, which officially launched in June after a trial run with 200 patients, charges $79 to collect your records from each healthcare provider. It will digitize the paper records and organize them as searchable pdfs; the electronic records are also stored in a searchable manner. Patients are empowered to access this information on the MedChart Portal anytime and anywhere with an internet connection.

“We showed that we were able to retrieve 100% of the records from all doctors,” says Bateman. “People were surprised we could get their records, but once we get their permission, we know how to do it.”

Many people have experienced how arduous it can be to retrieve a health record. Even though the documents legally belong to the individual, healthcare institutions are hesitant to give them up. Moreover, doctors’ offices will usually charge for the copies.

“We can advocate for the patient and push back on doctors like that,” says Bateman. “We let them know that their LHINs have guidelines on how much they can charge.”

He says that one doctor who wanted to charge $100 for a copy of a patient record was reminded of local rules, and adjusted the price down to $50.

“We take care of all of this for the patient, and will only charge them $79 for everything – getting the record, digitizing it, setting it up in our system and giving the patient access to it, along with online tools to uncover insights from their official clinical data.”

The service is proving to be so popular that Bateman estimates MedChart would have 1,000 customers after its first week in business. And in a year’s time, he expects to have 10,000 customers on board.

Some of those clients are doctors, who have signed on with MedChart as a way of getting records from other physicians when new patients come to them. They’re embracing the idea of centralizing data on the patient, and finding it’s easier and more effective to have MedChart handle the job for them.

Other customers include the elderly, who often have multiple caregivers and a highly fragmented health record. As well, their records can go back quite far in time. “We’ve provided some people with records going back to the 1950s,” says Bateman.

MedChart is currently available to the public in Ontario, British Columbia, Alberta, Saskatchewan and New Brunswick, and the company plans to roll out to the rest of Canada in the coming months. As well, it’s planning to expand to the United States next year.

Once MedChart creates your personal repository, you can access it with your own security codes, and you can also provide permission to family members, care-givers, and doctors. In this way, all members of a circle of care can have access to the records.

“We give full ownership to the patients,” says Bateman. “They can share their records, and everything is secure and encrypted.”

You can also update the records and request corrections. Bateman points out that giving patients access to their records is an effective way of reducing medical errors.

“We’ve had a large number of people who spot mistakes in their records,” says Bateman. “It’s a help to everyone when this happens,” as physicians are making decisions based on information in the charts.

Using MedChart, says Bateman, “You can request amendments with two clicks of a button.” He says the process has been refined so that patients then receive notifications when the error has been corrected.

Bateman and his business partner, Derrick Chow, were both graduate engineering students at the University of Toronto when they met.

MedChart now employs eight people at an office in downtown Toronto. The engineer-led company has built the system on their own.

The fast growth of the company, which was created just last year, is due to its ability to solve a pressing problem, comments Bateman. “We’re moving health records out of silos. We’re making the records accessible to patients, wherever they go.”