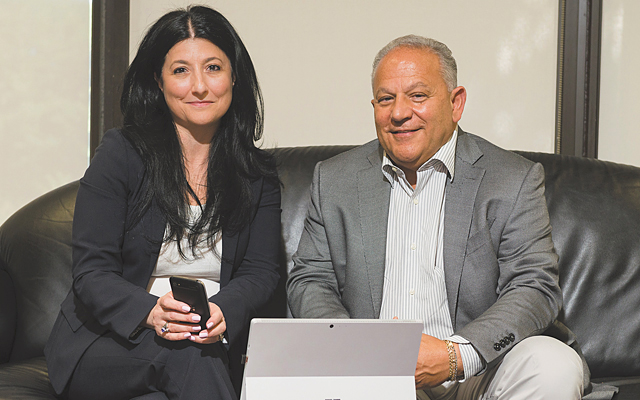 TORONTO – Now over 10 years in the making, Sunnybrook Health Sciences Centre’s MyChart Personal Health Record Service (PHR) is gaining the momentum its innovators dreamed of – this year, eight new member sites will go live, with eager patients joining not just from Sunnybrook but also from many other healthcare providers. As well, MyChart is experiencing a sharp increase in use by doctors.

“I’m thrilled by MyChart’s growth, but I had hoped this would have happened a lot sooner,” says Sarina Cheng, Sunnybrook’s Director of Health Records and the visionary Director of the MyChart Program. “Twenty years ago, I was inspired personally because I had a very sick daughter with Kawasaki disease (since fully recovered).

“It was a rare and unknown disease then, so I kept pushing for more information. But clinicians weren’t talking to me and I realized then that the patient was not really part of the healthcare equation. Luckily, many years later joining Sunnybrook Hospital, I met the right CIO at the right time who agreed that what we had to do was to empower the patient and give them a voice in the circle of care”.

Today, patients who sign up for MyChart can assure themselves of a continuity of care from all who care for them – be they physicians, physiotherapists, pharmacists, or family and friends. In other words, they can share their health records with anyone they choose.

As the first patients used MyChart and they found both what was useful and not so, its developers listened and added new empowering tools to its make-up. Most recently in 2012, for example, Sunnybrook added MyChart mobile so patients could quicken their access through any smartphone, iPad, or tablet.

In 2013, Sunnybrook partnered with the Canadian MedicAlert Foundation, so that any MyChart patients wearing MedicAlert devices could provide paramedics or other first responders with immediate access to their critical personal health information.

That same year, Sunnybrook also partnered with their Family Practice Health Team so patients could speedily book and see appointments with their family physicians, as they do with other hospital appointments, all in one place.

And most recently, in 2014, MyChart added a tool with the mental health community in mind, called the ‘Mood Tracker’. Developed in partnership with Sunnybrook’s Psychiatry leadership, the Mood Tracker allows patients to record their feelings throughout the day and it can visually illustrate to doctors a patient’s mental health status over periods of time.

“It’s clear that the patients and clinicians behind these additions to MyChart are the innovators; they truly understand the importance of the patient voice,” says Sam Marafioti, Sunnybrook’s CIO and VP of Corporate Strategy and Development. “So they are the drivers in MyChart’s development now.

“We, as technical support, of course embrace Ontario’s PHIPA legislation (Personal Health Information Protection Act) that underpins the movement to a more patient-centred healthcare system, but quite frankly, it is patients and clinicians in MyChart’s case that are driving this momentum now.”

Today, MyChart has 140,000 users and the numbers are steadily growing. About 90 percent are patients and 10 percent doctors or family members.

With MyChart, users stay connected to all their personal health records. They can share them with not only individual physicians but with multiple healthcare teams from multiple hospitals and healthcare services within and outside of the country.

In addition to mental health monitoring tools, they can use MyChart’s shareable daily logs and diaries with nurses, doctors, family or friends who can make their own contributions to the record.

They can also help patients to monitor symptoms and support treatment for sleep difficulties, high blood pressure, diet, weight loss, cancer and other serious diseases, as well as watch their overall health status.

“All that information is available, seamlessly, to everyone the patient permits to see it. That’s what makes MyChart unique,” observes Marafioti.

Of course, there were lessons to be learned when the system was first launched in 2006: “We entertained the idea that patients and physicians would be equal participants at the same time, and so, register together,” says Cheng. “But we learned quickly that was not the right model.

What Cheng and Marafioti both realized was the big challenge of implementing MyChart effectively for physicians was not technical, but human.

“It was the challenge of change management,” says Marafioti. “The best example has to do with time-stamping of when test results could be released to MyChart subscribers. ‘You mean you want patients to have information before I get it?’ was a typical response. So we worked with the doctors and now almost all of that resistance has gone away.”

Adds Cheng: “Its to the point now, that the only results participating physicians hold back are cancer pathology results, so the physician can review them first before discussing them with the patient. And that’s understandable.”

Moreover, in the early MyChart days, physicians at Sunnybrook saw it as a threat. But as more and more patients come forward through MyChart to present themselves with better knowledge and more relevant data about their conditions, doctors now see the advantages of personal health records and have increasingly started to embrace them.

“We have a gastroenterologist, for example, who now makes so much use of MyChart he says he runs half his practice on it,” says Marafioti. “And that kind of realization on the part of physicians has been the tipping point for MyChart. So now we are seeing very real collaboration with patients happening more and more.”

Even back in a 2014 survey, 91 percent of 70 physicians using MyChart reported they believed their patients’ access to MyChart improved the patient experience.

Perhaps most importantly, physicians recognize that personal health records like MyChart help them focus on actually delivering care, and not on retrieving information.

On the immediate horizon, as MyChart extends its network beyond hospital walls, is a plan to have family doctors come into the fold, as well as other allied health professionals and community services.

In order to subscribe at mychart.ca, you need to be or have been a patient at Sunnybrook or one of the participating partners above. The good news is that unlike some other PHR systems, MyChart is free.

And if Sunnybrook has its way, MyChart might one day soon be available to all Ontarians and perhaps others far beyond.

“Well, first of all, you don’t have to be a Canadian citizen or resident here, only a patient, so we are already international in that respect. MyChart can be accessed now from 160 countries worldwide,” points out Marafioti.

Closer to home, the hope also is that MyChart becomes endorsed as the recommended PHR for the province by eHealth Ontario, the provincial government’s agency that’s facilitating the spread of a standardized electronic health record system.