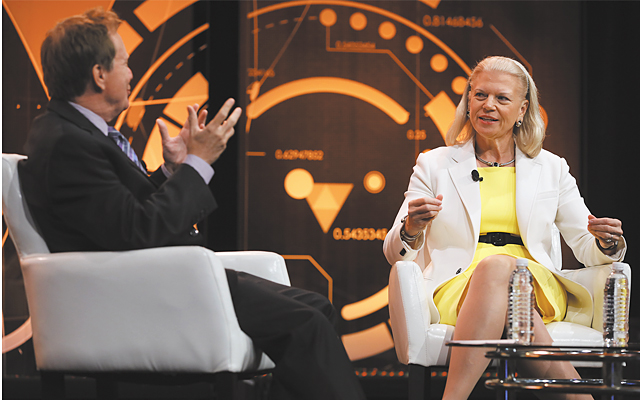 ORLANDO, FLA. – IBM’s Watson Health is releasing its first commercial product, Watson Imaging Clinical Review, which uses artificial intelligence and analytics to reconcile cardiology reports with electronic patient records. In this initial offering, Watson Imaging Clinical Review will ensure that diagnoses of aortic stenosis, when made by cardiologists, are also transferred to the patient’s electronic health record and problem list.

Aortic stenosis is a narrowing of the aortic valve, which can constrict blood flow and cause shortness of breath and chest pain; an estimated 1.5 million Americans currently suffer from this affliction.

By assuring that the finding is in the electronic record, the system helps make the finding known to all clinicians and reduces the chance that the problem is overlooked or untreated.

The ability to reconcile records for aortic stenosis is the first in a series of cardiology problems that Watson Imaging Clinical Review plans to release. There are nine others in the works, including myocardial infarctions (heart attacks), valve disorders, cardiomyopathy (disease of the heart muscle), and deep vein thrombosis.

Another product in the works at Watson Health is a clinical summary system that pulls information from a variety of sources for radiologists and cardiologists when they’re conducting a study. For example, if a radiologist is checking for heart damage, the system will automatically search through the patient’s records for medications, lab reports and previous DI reports for relevant information. This saves the clinician a good deal of time.

Another work-in-progress – one of the most exciting ones – is a Deep Learning system that can analyze diagnostic images and collate the information with other information, such as the patient history, lab results, medications, etc., to come up with its own diagnosis. IBM demonstrated a version of this system at the Healthcare Information Management and Systems Society (HIMSS) conference in Orlando; when diagnosing an aortic dissection, the system used images and data to produce a diagnosis with a 95 percent confidence level.

All of these system are designed to serve as intelligent assistants to radiologists, cardiologists and other clinicians. They can act as decision support tools and help-mates that source out information that would otherwise be time-consuming for the clinicians to fetch.

In his opening remarks to the conference attendees, Dr. Michael Zaroukian, HIMSS chairman and CMIO of the Sparrow Health System in Michigan, said that clinicians today are in serious danger of burnout. “Much of it is due to the paperwork burden,” he said. “There is no joy in that.”

Tools like those being produced by Watson Health are capable of reducing the paperwork and low-level tasks that physicians are being required to perform today.

In a panel discussion on how Watson Health is being used at various hospitals, Dr. Tufia Haddad, an oncologist at the Mayo Clinic, in Rochester, Minn., observed that she and her colleagues are spending up to 50 percent of their time searching for information. “We need to get the time back to spend with patients,” she said.

She noted that in screening patients for cancer trials, staff using Watson Health have reduced the process to eight minutes from the 30 minutes it took previously. “We’re running 57 different clinical trials, and I can’t remember all of the eligibility specs.”

However, a system like Watson Health can, and it can apply the specifications to various patients and their particular requirements.

Dr. Haddad noted that in many cases, patients don’t enter trials because they don’t know they’re available. A computerized system, like Watson, can easily match patients with appropriate clinical trials. “Some trials don’t launch because we don’t get good candidates,” said Dr. Haddad.

Chris Ross, the CIO of the Mayo Clinic, observed that during his tenure he has witnessed the amazing increase in the power of computers.

But it’s not just the hardware that’s contributed. “They systems are something like 43 million times faster than they were in 2003. It’s not just Moore’s Law at work (the constant improvement in computer chips). It’s more to do with smarter algorithms.”

In her keynote address at HIMSS, IBM CEO Ginni Rometty asserted that the application of AI to healthcare is the modern day equivalent of the 1960s moonshot. “We can transform medicine,” she said. “It’s within our power.”

Watson, she noted, is being used to find new medications and to advance precision medicine and genomics. It is also being used to screen patients for cancer in the developing world.

“In India there is one oncologist for every 16,000 patients,” she said. “So Watson Health is rolling out across India, China and other developing economies.”

Rometty observed that Watson Health will not replace physicians. Instead, it will “augment what humans do, it will augment their intelligence.”