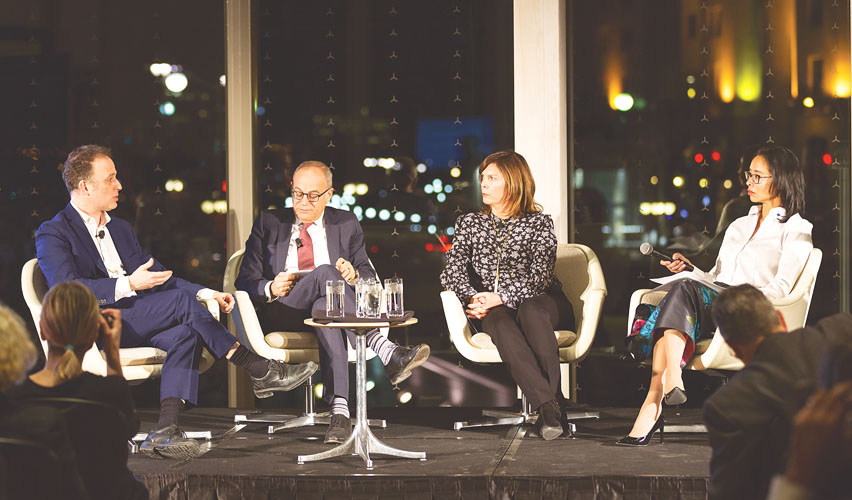 OTTAWA – The sluggish growth of virtual care in Canada hasn’t been caused by a lack of technology – there are plenty of solutions available, all of them capable of connecting clinicians with patients via smartphones and computers.

Instead, we can blame the unsolved “human” problems of licensing and paying physicians for virtual visits, training them and allowing them to share patient information.

Those were the conclusions of Virtual Care Task Force, jointly conducted by the Canadian Medical Association, the Royal College of Physicians and Surgeons of Canada and the College of Family Physicians of Canada. (https://www.cma.ca/sites/default/files/pdf/virtual-care/ReportoftheVirtualCareTaskForce.pdf)

Spokespersons from the organizations made their diagnosis and announced their recommendations for scaling up virtual medical services in February. After working on the report for 11 months, they came up with 19 suggestions.

Briefly, the partners are recommending that healthcare groups, governments and patients collaborate to:

In a news release, Dr. Gigi Osler, Virtual Care Task Force co-chair for the CMA, said: “We hope this report will serve as a roadmap to scaling up virtual care in Canada, with the goal of hitting 10 million virtual care visits by 2025.”

To be sure, virtual care can be “a game changer”, as patient advocate Julie Drury said, speaking on a panel following the announcement in Ottawa. She pointed out that some patients are driving six hours a day to attend an appointment that may last only 15 minutes.

They’re canceling work or they’re unable to care for children because they’re travelling to appointments or waiting in exam rooms.

In other cases, patients are unable to get to doctors, due to physical or psychological challenges, so it’s much easier for them to “see” a doctor from their homes or offices on computer screens.

Dr. Yanick Beaulieu, an intensivist at the Montreal Heart Institute and founder of IIR, a telehealth company, said the benefits of virtual care run the other way, too, with physicians benefiting. He noted that in Montreal, specialists at a clinic who treat handicapped youths travel for hours all over Quebec.

But by using tele-visits, they were able to save 96 hours of travel to treat 10 patients. He said, just imagine if that were expanded to 10,000 patients – doctors would save thousands of hours, which could be used for in-person care. It would also reduce travel expenses for the system.

What’s more, as panelist Dr. Ed Brown pointed out, many people simply prefer interacting with their physicians virtually. “People want to text,” said Dr. Brown, who is CEO of the Ontario Telemedicine Network. He mentioned that OTN has been offering this service in trials and that texting “gets a 99.9 percent favourable rating.”

However, there are related problems in the area of virtual visits and receiving quality care, the panelists observed.

“The elephant in the room,” said Drury, is the issue of interoperability. While industry members consistently say that connecting computer systems is a simple, technical problem that can be easily solved, Drury pointed out that experts have been saying that for years, without delivering.

“Many smart people have worked at it for decades and haven’t made it work,” she said. “But this needs to happen. We can’t keep loading our information on CDs. We don’t even use CD readers anymore.”

She added that interoperability problems aren’t just an inconvenience to patients, they’re also a patient safety hazard. Drury pointed to the case of Greg Price, a cancer patient who died after his results weren’t properly transmitted – an instance of a communication gap leading to a catastrophic result.

“We need change to happen now,” she said, “not in five years.”

For his part, Dr. Brown noted that change will be difficult, as the healthcare system is not built to support innovation.

“Our public healthcare system is perfectly set up to stop innovation from spreading,” he warned.

“There are pockets of innovation, but only pockets.”

He said that most healthcare providers can’t afford to test the new models. In some instances, the funding of hospitals favours the avoidance of innovative solutions.

For example, he observed that tele-monitoring of post-op heart patients can get them out of beds sooner and back into their homes. It also results in a 30 percent reduction in readmissions.

But some hospitals are rejecting the technology precisely because it is efficient; it removes low cost patients recovering in beds and replaces them with new patients who need more intense, high-cost services.

The answer, he said, lies in a restructuring of payment models, with a shift to value-based care. Hospitals and other providers must be compensated for their outcomes.

So, for example, they should be incentivized to move patients through and to prevent re-admissions.

In this case, technology would be seen as an enabler, rather than as a cost or something that will harm the bottom line.

Dr. Ewan Affleck, co-chair of the Task Force and a CFPC representative, said in his remarks that “special attention must be paid to the delivery of virtual care to indigenous peoples living in Canada.”

He mentioned that he has spent his entire career providing care to communities in the Northwest Territories and Nunavut, and that he’s seen the difficulties faced by remote patients in accessing proper care.

“My own interest in telemedicine arose from seeing significant inequities in the delivery of care in the North, where there are higher mortality and morbidity rates. It’s quite a tragedy, and frankly, a national disgrace.”

Implementing the recommendations of the Task Force “will require interprofessional collaboration,” said Dr. Douglas Hedden, co-chair and Royal college representative. He said that “national leadership is needed,” and that patients need to be included. “Or else we will get it wrong,” he cautioned.