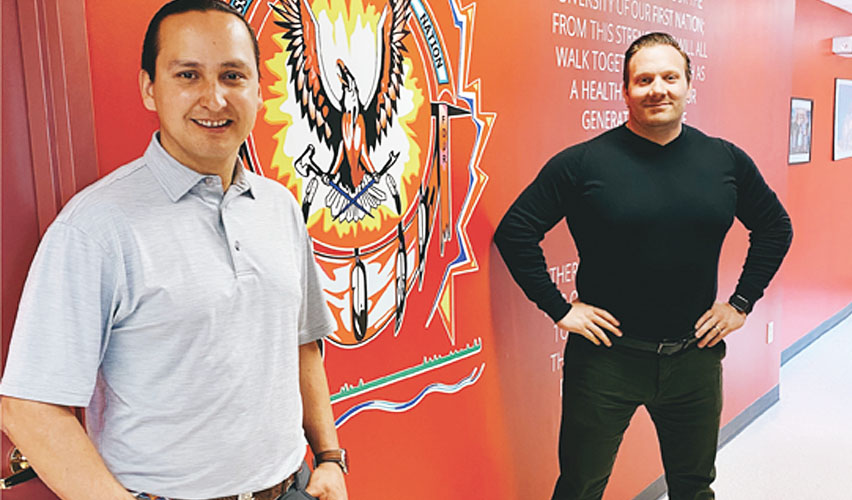 The year 2021 has been a particularly difficult one for First Nations. Indigenous Peoples have not only struggled with the challenges posed by the COVID-19 pandemic, but also the emotional fallout from the grim revelations about Indian Residential Schools.

Accessing quality healthcare has historically been tough for Indigenous Peoples, but the pandemic exacerbated the issue. There’s also a growing need for mental healthcare support on First Nations due to trauma about the residential schools discoveries.

That’s why Lumeca, a Saskatchewan-based healthcare technology company, is making the needs of Indigenous Peoples a top priority. The startup provides remote access to licensed doctors via audio and video communications for Saskatchewan residents with valid health cards, including those on the Cowessess First Nation, and is making inroads into Manitoba.

Lumeca’s founder, Shawn Hazen, also the president and CEO of Haztech, has provided health and safety training and work-site screening and medical services to Indigenous communities. Through these business operations, Hazen developed close personal relationships with Indigenous leaders and stakeholders.

“Cowessess is very progressive, and we saw a clearly defined need that we were able to work together to solve,” says Tom Douglass, Lumeca’s chief operations officer.

“One of the areas of real need right now is mental health support, in particular. There’s a lot of grieving that’s going on, a lot of emotions coming to the surface because of the unmarked grave sites and the reconciliation that’s underway. It’s a difficult process and mental health is one of the areas that needs support.”

Lumeca is now working closely with Cowessess, about 170 kilometres east of Regina. The First Nation had previously struggled to get physicians to come to the community on a regular basis; often patients were driving several hours just to access basic care.

Cowessess, like so many First Nations, is underserved in terms of resources and internet access. Lumeca built a pod in the Cowessess band office and worked with SaskTel to improve cell reception. It’s also ensuring physicians can work closely with psychologists via consent-based medical notes.

Virtual care is extremely well suited to psychologists and psychiatrists, Douglass notes, since having to physically examine patients isn’t necessary, and the consent-based collaboration with physicians is a boon to community members struggling with mental health issues.

Douglass says Lumeca’s ultimate goal is to keep patients out of ER and to funnel them to family doctors, since that’s the surest path to the best possible health outcomes. The company is also working to increase the number of healthcare providers who can work in Indigenous communities, including specialists, and to get more practitioners on the Lumeca platform.

Throughout these efforts, Lumeca has leaned heavily on Amazon Web Services (AWS), which hosts all of Lumeca’s data in Canada, to help bring vital health services to those who need them most.

“It’s been fantastic,” says Douglass. “Using AWS has allowed us to operate in a very scalable manner with significantly reduced costs, which is very valuable for a startup.”

The company credits a range of AWS services for helping them solve challenges while scaling with significantly reduced costs and increased security, particularly:

Douglass says one of the most popular features of the Lumeca app has been its “dependent” system, a huge benefit to aging patients who may not have smartphones and will never get them. Adult children or primary care-givers can log on to the Lumeca platform with their elderly parents for virtual appointments with physicians, and even help explain the doctor’s instructions if they’re hard of hearing.

“It’s been one of the biggest rave reviews for us,” Douglass says.