SUDBURY, Ont. – Based at Health Sciences North/Horizon Sante-Nord (HSN) in Greater Sudbury, NEON has been expanded to include the Weeneebayko Area Health Authority (WAHA) serving hospitals along the James Bay coast, as well as the West Nipissing General Hospital in Sturgeon Falls, and the Hôpital de Mattawa Hospital. END_OF_DOCUMENT_TOKEN_TO_BE_REPLACED

FREDERICTON – New Brunswick’s health minister says he’s willing to renegotiate a contract with the New Brunswick Medical Society in an effort to get more doctors connected to an electronic medical records system, but the society says the government has repeatedly stymied efforts to do that. END_OF_DOCUMENT_TOKEN_TO_BE_REPLACED 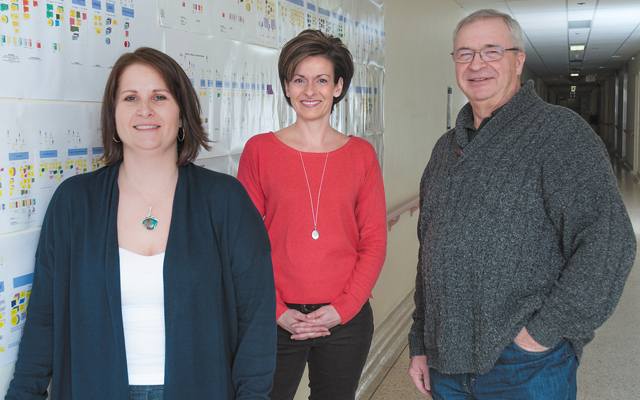 By Rosie Lombardi Patients are clamouring for more personal medical data and better communications with their doctors – and the healthcare sector needs to find a secure way to do that. One solution that is gaining traction is called mihealth, a messaging and personal health record (PHR) system which has been operational since 2011. The system was developed by Dr. Wendy Graham, founder and CEO of Toronto-based mihealth Global Systems and a family doctor with over 20 years practice experience. Today, several thousand patients are using mihealth in hospitals and clinics across Ontario and beyond. END_OF_DOCUMENT_TOKEN_TO_BE_REPLACED