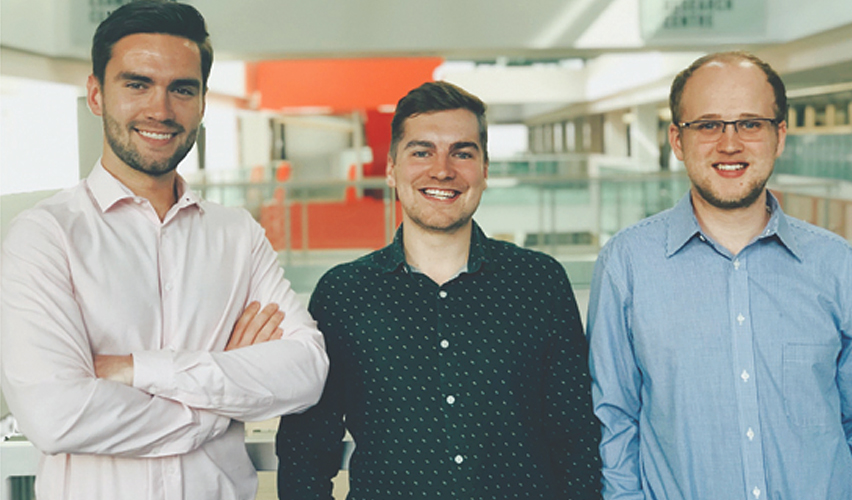 Kingston builds healthtech hub, with on-ramp to customers in the US

Kingston, Ontario, a mid-sized city of 137,000 people almost halfway between Toronto and Montreal, is leveraging its research and academic infrastructure to emerge as Canada’s newest health technology hub.

“We did a mapping exercise to identify the assets, the organizations, the infrastructure and the human capital in the community, and found that we had a serious cluster in the health innovation space.”

Thanks to an investment of $3 million from the Federal Economic Development Agency for Southern Ontario in January, the means to realize the objectives of the hub are now in place.

The city’s assets are impressive. Queen’s University itself boasts the Centre for Advanced Computing, one of Canada’s leading high performance computing environments. There’s also the Queen’s Ingenuity Labs, specializing in artificial intelligence, robotics and human machine interaction and the Queen’s Partnership and Innovation Group, which offers services to support entrepreneurs and startups.

Other assets in the city include Kingston Health Sciences Centre, St. Lawrence College and GreenCentre Canada, which operates a state-of-the-art lab focused on chemistry solutions for industry and the environment.

“A lot of these pieces weren’t as connected as they could be and, without those connections, we weren’t harnessing and leveraging the potential synergies,” said Desjardins.

The City is currently recruiting a project lead for the hub, ideally someone with 25 years of experience in the health innovation space who is close to retirement but looking for an opportunity to put their knowledge and expertise to good use.

The majority of the $3 million, however, will be used to support startup businesses, to fund the projects they’re working on, and to make available the resources and expertise to help them scale, noted Desjardins.

St. Lawrence College and Queen’s University will engage frontline healthcare workers to identify healthcare challenges and match them with local entrepreneurs. New products and ideas will be tested and validated through use of the labs at Queen’s and GreenCentre Canada.

Uniquely, the Kingston-Syracuse Pathway, a collaboration between the Kingston Economic Development Corporation and partner organizations in upstate New York, will be leveraged to access markets in the United States and attract foreign investment to the region.

Kingston has already produced a number of health technology startups. One example is Spectra Plasmonics, which has developed the Amplifi ID Kit, which produces near real-time analysis of opioids. The cell-phone sized device identifies harmful additives in street drugs likely to result in drug overdose and death.

“The technology was initially developed in the Department of Chemical Engineering at Queen’s University under the supervision of Dr. Aris Docoslis,” said co-founder and CEO Malcolm Eade, a recent Queen’s graduate with a degree in Life Sciences. “It was a general sensing technology that could be used for a variety of applications.

When we came in as co-founders, we decided to take it and build a product around drug sensing and analysis.”

The mixture of benzodiazepines and fentanyl is an especially dangerous combination that has been causing a lot of fatal overdoses, said Eade.

Last year, Canada recorded more than 4,000 deaths due to opioid overdoses, while the United States has been recording approximately 70,000 opioid related deaths per year.

Staff at the Kingston Consumption Treatment Centre test the drugs brought to the site and are able to educate users about any additives that can cause bad outcomes. Results take five minutes – most of which is related to sample preparation.

“It definitely has a lot of potential to revolutionize how communities respond to the overdose crisis in Canada,” said Eade. “Now, most of the testing is done in labs, so we think this can become the new portable standard for drug analysis in Canada.”

Spectra Plasmonics is aiming for a nationwide rollout in 2022.

Another company that has emerged from Kingston’s health tech hub is MeshAI, which uses artificial intelligence to produce staffing schedules for hospital, clinics and public health agencies.

Founded by Dr. Sean Yousefi, a PhD in Electrical Engineering and Communications, and Dr. Ethan Heming, PhD in neuroscience, MeshAI had its origins in a near death experience caused by a medical error that was a direct result of bad scheduling and fatigue.

“I was in hospital and being cared for by someone who had been working 16 hours straight and shouldn’t have been there,” said Yousefi. “It really opened my eyes to some of the challenges in healthcare and the more I read about it, the more it became my passion.”

According to Yousefi, 500,000 people die in the United States every year as a result of medical errors.

Scheduling in healthcare, he claims, has been primarily a unidirectional process carried out by a chief of staff or someone in management using a spreadsheet.

“MeshAI is democratizing that process. It allows everyone in healthcare to go into the system and put in their preferences,” said Yousefi.

“Mesh AI builds the healthcare organization-wide needs into the system. You press a button and the engine first takes care of the needs of the organization, so no ICU or unit is left without the people they need.” After that, the engine goes and finds solutions that take into consideration the preferences identified by staff.

If someone has an emergency and can’t make it to their shift, the system suggests the next best choice, the schedule is updated and everyone gets notified by email or text.