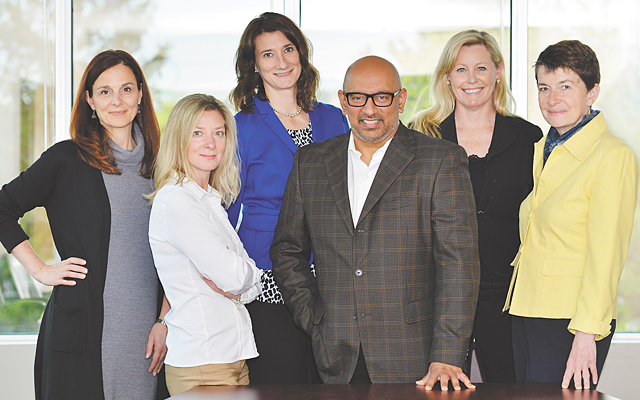 Kinark moves I.T. to the cloud to enhance care delivery

MARKHAM, ONT. – Kinark Child and Family Services, one of Ontario’s largest providers of mental health services for children and youth, is in the midst of migrating all of its computerized clinical and administrative systems to the cloud. The transformation is expected to result not only in lower costs, but will also boost the ability of clinicians, clients and families to share information.

“More information will be available, so our clinicians will be able to make the best decisions,” said Karim Ramji, Kinark’s Chief Information Officer. “And parents will have access to information about their kids through a secure portal.”

Kinark is one of the first large healthcare providers in Canada to transfer all of its computer and communications systems to the secure cloud. It’s a transformation that will have benefits for clinicians, administrators and families, Ramji said.

He noted that over the past 30 years, Kinark built up an assortment of computerized equipment and operating systems at its 25 sites across Ontario, where the agency’s 850 employees work with over 10,000 children each year.

Not only was it getting difficult to access information on these systems from one site to another, but the equipment was getting rickety and in need of a refresh.

Ramji and his colleagues realized that a secure cloud solution, with state-of-the-art software solutions and communications, would keep the technology up to date. It would also enable staff, clients and families to stay better connected.

After an RFP was issued, they settled on Telus as their cloud and systems provider. “With their cloud solution, we’re spending less on I.T. overall than we did before,” said Ramji. He noted that staffing has actually contracted, as the need for in-house I.T. experts was lessened. “We’re getting out of the business of managing technology,” he said. “This is allowing us to focus on our kids, our data and our research.”

As part of the solution, Telus is providing Kinark with an updated electronic client record system that can be easily shared among sites and clinicians. The Telus Clinical Information System offers a leading-edge charting system that works in the cloud.

At Kinark, the system has been rebranded as KIDS 5. It is a major upgrade from Kinark’s earlier patient record, called KIDS 3 and 4.

The KIDS 5 system will also be integrated with the new Kinark telecommunications system. So, when the intake department or a clinician gets a call from a parent, the child’s record will immediately pop-up.

Kinark plans to integrate its electronic charting system with a number of partners, so that encounter information at other sites is automatically fed into the KIDS 5 record. Ramji said this will likely happen first with major sites like hospitals, doctors’ offices and healthcare centres, which also have busy practices with children and teens and where patients are seen by multiple organizations.

As well, Kinark is doing pioneering work in the Internet of Things – it is planning to securely connect its systems to the devices that youngsters are using.

“If you ask teenagers how they’re feeling, they won’t always tell you,” said Ramji. “But they will talk about their feelings on social media. We want to talk with them this way.” Kinark is looking into the possibility, moreover, of linking to wearable devices to get even richer data that would help therapists and clients.

The entire system – clinical and administrative – is being deployed on mobile devices, including both Apple and Android tablets and phones. That makes it much easier for clinicians to securely access the information they need, anywhere, anytime.

On the administrative side, a sophisticated Human Resource Information System will be integrated with the Clinical Information System. Lynn Holloran, Account Executive at Telus, noted the human resource system was deployed by Telus at another large Ontario health organization, and much of it will be made available to Kinark. “We can leverage the expertise and experience from our existing client,” said Holloran. The system can also log visits made by clinicians on their mobile device.

Pricing will be lower than if Kinark purchased this kind of system on its own – another benefit of a cloud-based solution.

Just as Kinark is making use of an administrative solution produced by another healthcare provider, it will itself make its own solutions available to partners who want to modernize their clinical systems. This may include smaller providers of mental health services across the province with antiquated and outmoded software and hardware.

“We’re taking it to the next level, and making it available to our entire network,” said Ramji. He said the cloud system is segmented, so that partners could have their own secure portion of the cloud, using Kinark’s systems under licence.

It won’t be done to make a profit, he said, but to help other organizations get up to speed with solutions that can improve communications and lead to better outcomes for youngsters.

Kinark is currently in the first year of a five-year plan to overhaul its computerized systems and to move to the cloud and integrate the Internet of Things.

The new telecommunications system has already been deployed, and the organization is implementing the KIDS 5 charting system over the next year.

It’s a moderately paced rollout, to ensure that staff and clinicians are comfortable with the new systems. “We want to make sure our clinicians are well-trained on this,” said Ramji.

Kinark is also working on rules for data governance, including who has access to the information of its clients – which of course is highly sensitive and private.

There is also a parents’ portal in the works, something that will be extremely useful to parents who are active participants in the care of their children. They will be able to communicate with caregivers more easily.

One more aspect of the systems being pioneered at Kinark: the organization is also a major researcher, and its work on best practices is often adopted across Canada and worldwide. It is now building a leading-edge data warehouse that will assist with business intelligence and analytics.

“We do fantastic research here,” said Ramji. “Our clinicians and researchers are thought leaders.”

He continued, “It’s all about evidence-based practices and data-driven decision making. We produce a lot of data about our clients. And it’s all in an effort to produce better outcomes for children, youth, and families.”